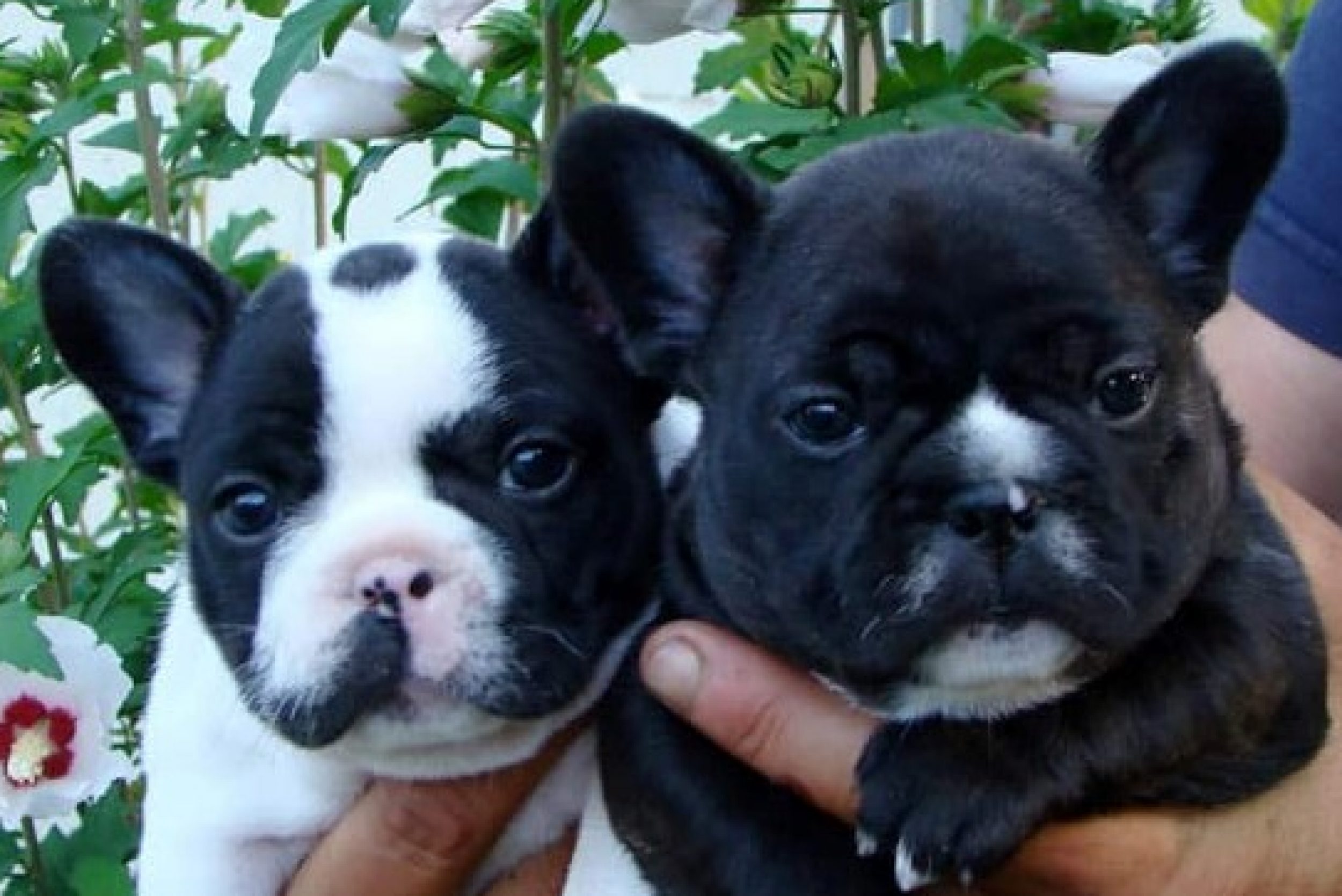 General Appearance
The French Bulldog should have the appearance of an active, intelligent, muscular dog, of heavy bone, smooth coat, compactly built, and of medium or small structure. The points should be well distributed and bear good relation one to the other, no feature being in such prominence from either excess or lack of quality that the animal appears deformed or poorly proportioned. In comparison to specimens of different sex, due allowance should be made in favour of the bitches, which do not bear the characteristics of the breed to the same marked degree as do the dogs.

Coat and Colour
Acceptable colours are: all brindle, fawn, white, brindle and white, and any colour except those which constitute disqualification. The skin should be soft and loose, especially at the head and shoulders, forming wrinkles. Coat moderately fine, brilliant, short and smooth.

Head
The head should be large and square. The top of the skull should be flat but slightly rounded. The stop should be well defined, causing a hollow or groove between the eyes. Muzzle should be broad, deep, and well laid back; the muscles of the cheeks well developed. The nose should be extremely short; nostrils broad with well defined line between them. The nose and flews should be black, except in the case of the lighter-coloured dogs, where a lighter colour of nose is acceptable. The flews should be thick and broad, hanging over the lower jaw at the sides, meeting the underlip in front and covering the teeth which should not be seen when the mouth is closed. The underjaw should be deep, square, broad, undershot, and well turned up. Eyes should be wide apart, set low down in the skull, as far from the ears as possible, round in form, of moderate size, neither sunken or bulging, and in colour dark. No haw and no white of the eye showing when looking forward. Ears shall hereafter be known as the bat ear, broad at the base, elongated, with round top, set high in the head, but not too close together, and carried erect with the orifice to the front. The leather of the ear fine and soft.

Neck
The neck should be thick and well arched, with loose skin at throat.

Forequarters
The forelegs should be short, stout, straight and muscular, set wide apart.

Body
The body should be short and well rounded. The back should be a roach back, with a slight fall close behind the shoulders. It should be strong and short, broad at the shoulders and narrowing at the loins. The chest, broad, deep and full, well ribbed with the belly tucked up.

Hindquarters
The hind legs should be strong and muscular, longer than the forelegs, so as to elevate the loins above the shoulders. Hocks well let down. The feet should be moderate in size, compact and firmly set. Toes compact, well split up, with high knuckles and short stubby nails; hind feet slightly longer than forefeet.

Tail
The tail should be either straight or screwed (but not curly), short, hung low, thick root and fine tip; carried low in repose.

Disqualifications
Other than bat ears; black and white, black and tan, liver, mouse or solid black (black means without any trace of brindle); eyes of different colour; nose other than black except in the case of the lighter-coloured dogs, where a lighter colour of nose is acceptable; hare lip; any mutilation; over 28 lb. (12.7 kg) in weight.